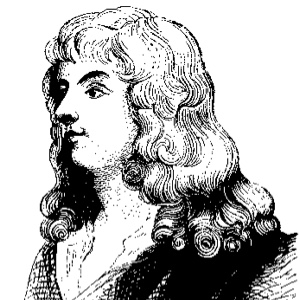 Abraham Cowley (1618 – 1667) was an essayist and one of the leading English poets of the 17th century. He started writing at the age of ten, and his first volume of poetry was published when he was just fifteen years old. Following his education at Westminster School, he attended Trinity College Cambridge. His loyalty to, and close association with, the royal family during the English Civil War led to his exile to France for twelve years. A few years after his return to England, he retired to the countryside where he lived a quiet life of introspection.

What a brave privilege it is to be free from all contentions, from all envying or being envied, from receiving or paying all kinds of ceremonies!

I saw that all things which occasioned me any anxiety or fear had in themselves nothing of good or evil, except in so far as the mind was moved by them.

Have you ever looked back on an experience in your life and wished you’d seen things more clearly before you got into that doomed relationship, or you said those hurtful... END_OF_DOCUMENT_TOKEN_TO_BE_REPLACED