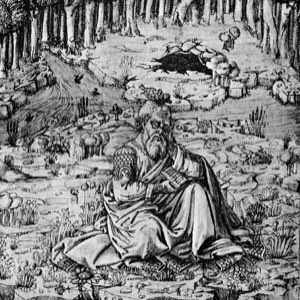 Aeschylus (circa 525 – 455 B.C.E) was an ancient Greek tragedian, often described as the father of tragedy.According to Aristotle, he expanded the number of characters in the theater and allowed conflict among them, as characters had previously interacted only with the chorus. Only seven of his estimated seventy to ninety plays have survived. Fragments of some other plays have survived in quotations and more continue to be discovered on Egyptian papyrus, often giving further insights into his work.

The force of necessity is irresistible.

A fundamental teaching of Baha’u’llah is the oneness of the world of humanity. Addressing mankind, he says, “Ye are all leaves of one tree and the fruits of one branch.” By this it is meant that the world of humanity is like a tree, the nations or peoples are the different limbs or branches of that tree, and the individual human creatures are as the fruits and blossoms thereof.

We all love mysteries. And they can be fun to solve. But there’s one mystery that’s so much more than a simple diversion. Its solution can connect us to untold... END_OF_DOCUMENT_TOKEN_TO_BE_REPLACED