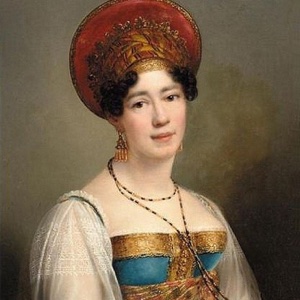 Anne Sophie Swetchine (1782 – 1857) was a Russian mystic. She spent her early years at the court of Empress Catherine the Great, as her father was one of the empress’s closest advisors. She was given a good education and learned to speak several European languages. In 1815 she became a Catholic. Russian law did not permit members of the Russian nobility who had converted from the Orthodox religion to continue living in Russia, so Sophie was forced to live in exile, choosing Paris as her new home. Here she kept a salon which became famous for its high level of courtesy as well as its intellectual level. Her Life and Works (the best known of the latter being Old Age and Resignation) were published in 1860, as were her Letters in 1861.

There is nothing more flattering than the bare truth, boldly uttered. But, all the same, those who can bear it are the rare exceptions in human nature.

The root of sanctity is sanity. A man must be healthy before he can be holy. We bathe first, and then perfume.

I said to my soul, be still, and wait without hope. For hope would be hope for the wrong thing.

No matter what we’ve done, or who we’ve been, we always have the choice to start anew — to be reborn. This is the beautiful message of this holiday season:... END_OF_DOCUMENT_TOKEN_TO_BE_REPLACED