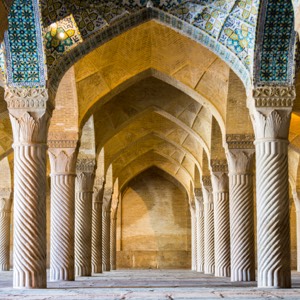 Bab Siyyid `Ali Muhammad Shirazi (1819 – 1850) was the founder of Babism, and one of the central figures of the Baha’i Faith. The Bab was a merchant from Shiraz in Qajar Iran who in 1844, at the age of twenty-four, took on the title of the Bab, meaning “Gate” or “Door.” The Bab composed numerous letters and books in which he defined his teachings.

God loveth those who are pure. Naught in the Bayan and in the sight of God is more loved than purity and immaculate cleanliness… God desireth not to see, in the Dispensation of the Bayan, any soul deprived of joy and radiance.

He indeed desireth that under all conditions, all may be adorned with such purity, both inwardly and outwardly, that no repugnance may be caused even to themselves, how much less unto others.

The more detached and the purer the prayer, the more acceptable is it in the presence of God.

Give me health and a day, and I will make ridiculous the pomp of emperors.

Everyone wonders whether or not there is one great secret for truly successful living. There is. And it is not a secret. It has been quietly, steadily telling itself right... END_OF_DOCUMENT_TOKEN_TO_BE_REPLACED