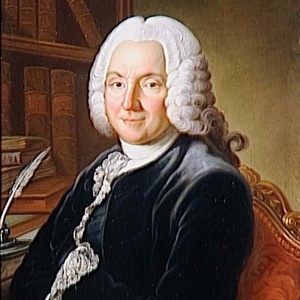 Charles-Jean-Francois Henault (1685 – 1770) was a French writer and historian. He was educated at the Jesuit college, Lycee Louis-le-Grand, and soon became an eminent member of Paris society. During his recovery from a major health crisis, he experienced a spiritual change that led to his retirement into a more private life of study and devotion. His popular two-volume history of France, Abrege chronologique de l’histoire de France, has been translated into several languages.

I am in the process of bringing all my defects into the light for the purpose of getting rid of them. We never know how rich we are until we break up housekeeping!

Friendship is born at that moment when one person says to another, “What! You too? I thought I was the only one.”

At this time of year you really can feel the change of the season. The coolness of the morning, the way the light hits the mountains, the leaves beginning to... END_OF_DOCUMENT_TOKEN_TO_BE_REPLACED