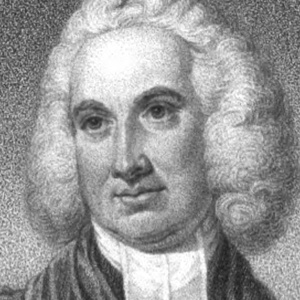 Edward Young (circa 1683 – 1765) was an English poet, critic, philosopher and theologian. He was educated at Winchester College, and matriculated at New College, Oxford in 1702. He later migrated to Corpus Christi, and in 1708 was nominated by Archbishop Tenison to a law fellowship at All Souls, taking his degree of Doctor of Canon Law in 1719. He is best remembered for his poem The Complaint, or Night Thoughts on Life, Death and Immortality, commonly known as Night Thoughts. First published in 1742, it was soon translated into numerous languages and would become one of the most frequently-printed poems of the 18th century.

The happy only are the truly great.

All may do what has by man been done.

When the whole world is running headlong towards the precipice, one who walks in the opposite direction is looked at as being crazy.

By and large, at least for most of us, it seems very important that we appear strong in the eyes of others. That no one can push us around. That... END_OF_DOCUMENT_TOKEN_TO_BE_REPLACED