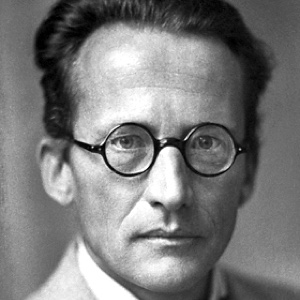 Erwin Schroedinger (1887 – 1961) was a Nobel Prize-winning Austrian-Irish physicist who developed a number of fundamental results in quantum theory. He was the author of many works on various aspects of physics: statistical mechanics and thermodynamics, physics of dielectrics, color theory, electrodynamics, general relativity, and cosmology, and he made several attempts to construct a unified field theory. In his book What Is Life? Schroedinger addressed the phenomenon of life from the point of view of physics. He paid great attention to the philosophical aspects of science, ancient and oriental philosophical concepts, ethics, and religion.

It is not possible that this unity of knowledge, feeling and choice which you call your own should have sprung into being from nothingness at a given moment not so long ago; rather this knowledge, feeling and choice are essentially eternal and unchangeable and numerically one in all men, nay in all sensitive beings. But not in this sense — that you are a part, a piece, of an eternal, infinite being, or aspect or modification of it, as in Spinoza’s pantheism. For we should have the same baffling question: which part, which aspect are you? What objectively, differentiates it from the others? No, but inconceivable as it seems to ordinary reason, you and all other conscious beings as such are all in all. Hence this life of yours which you are living is not merely a piece of the entire existence, but is, in a certain sense, the whole; only this whole is not so constituted that it can be surveyed in one single glance.

Our greatest glory consists not in never falling, but in rising every time we fall.

In this video clip Guy tells us that the only thing we’re captive of is not understanding who and what we are and why we are on this Earth. END_OF_DOCUMENT_TOKEN_TO_BE_REPLACED