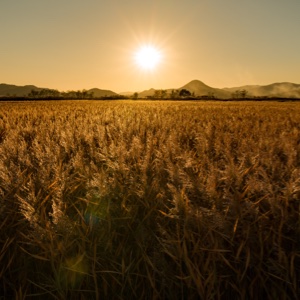 Evagrius Ponticus (345 – 399 AD), also called Evagrius the Solitary, was a Christian monk and ascetic. One of the most influential theologians in the late fourth-century Christian church, he was well known as a thinker, polished speaker, and gifted writer. He left a promising ecclesiastical career in Constantinople and traveled to Jerusalem, where in 383 he became a monk at the monastery of Rufinus and Melania the Elder. He then went to Egypt and spent the remaining years of his life in Nitria and Kellia, marked by years of asceticism and writing. Evagrius passed on his firsthand knowledge of the Desert Fathers to many visitors and disciples, becoming particularly well known for his teaching on prayer.

A man’s gift is called an upright life. It is that gift that makes room for him and makes him worthy of the fullness of God. It is that very thing which is called the “throne” of the holy powers.

Let us not ask, “Why was I placed in this body?” or “Why was I not made an angel?” Does not God show partiality? Do we not have free will? All these questions simply multiple vanity. How can the creature say to the Creator, “Why did you make me like this?” or how can a creature answer back to God? Let all these kinds of discussions cease. Instead, let those discussions prevail which guide us towards virtue and knowledge. All that is present in this age of shadows is called vanity and shadows, and all that belongs to this life will be covered with the darkness, becoming obsolete upon departing this life.

Throughout the sacred texts we repeatedly find the idea that there are two aspects to a human being. There is the earth aspect, living as any other creature in the... END_OF_DOCUMENT_TOKEN_TO_BE_REPLACED