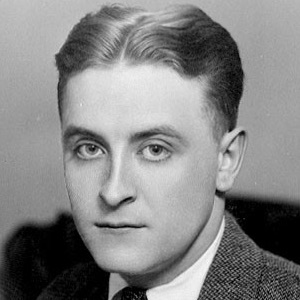 F. Scott Fitzgerald (1896 – 1940) was an American short-story writer and novelist. After graduating from the Newman School in 1913, Fitzgerald decided to stay in New Jersey to continue his studies at Princeton University. He made several excursions to Europe, mostly Paris and the French Riviera. Although Fitzgerald’s passion was in writing novels, only his first novel sold well enough to support the opulent lifestyle that he had adopted, forcing him to supplement his income by writing short stories for magazines and Hollywood studios. While he achieved popular success, fame, and fortune in his lifetime, he did not receive much critical acclaim until after his death. His novel The Great Gatsby is considered the definitive portrait of the “Roaring Twenties,” as well as one of the greatest American novels ever written.

The test of a first-rate intelligence is the ability to hold two opposed ideas in the same mind at the same time.

All belief that does not make us more happy, more free, more loving, more active, more calm, is, I fear, a mistaken and superstitious belief.

By Guy Finley, OneJourney Founder I can think of no greater encouragement than the self-evident Truth that there dwells in each of us the opportunity to explore and know the... END_OF_DOCUMENT_TOKEN_TO_BE_REPLACED