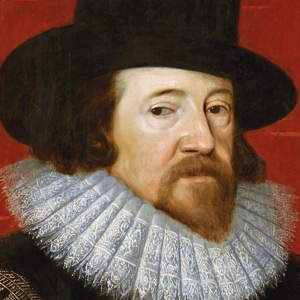 Francis Bacon (1561 – 1626) was an English lawyer, statesman, and philosopher. He was first educated at Trinity College, Cambridge, and then admitted to Gray’s Inn in London. In 1582 he became a barrister; eventually becoming solicitor general and then in 1613, attorney general. He was also elected as a member of Parliament multiple times between 1588 and 1614. His method of scientific inquiry was based on inductive reasoning and careful observation with a sceptical approach. He is often referred to as the father of the scientific method. His most famous work, Novum Organum: True Suggestions for the Interpretation of Nature, was published in Latin, in 1620.

Read not to contradict and confute, nor to believe and take for granted, nor to find talk and discourse, but to weigh and consider.

A man that has no virtue in himself, ever envies virtue in others, for men’s minds will either feed upon their own good or upon others’ evil, and who lacks the one will prey upon the other.

By far the best proof is experience.

We all know the feeling of wanting to break out of our skin, to drop all the self-limiting ideas that hold us captive, and be who we really are. But... END_OF_DOCUMENT_TOKEN_TO_BE_REPLACED