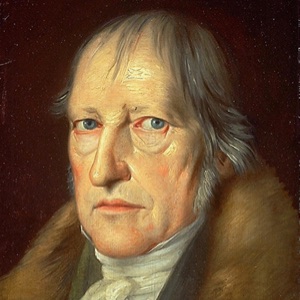 Georg Wilhelm Friedrich Hegel (1770 – 1831) was a German philosopher and writer. He attended the Stuttgart grammar school until he was eighteen, then spent five years at Tuebingen, where he studied philosophy and theology. After leaving college he became a tutor, which allowed him time for his private studies. After several years as a lecturer he was appointed professor at Jena in 1805. Two years later he published the first of his major works, the Phaenomenologie des Geistes (The Phenomenology of Mind). After a short time as newspaper editor and several years teaching philosophy at a gymnasium in Nuremberg, he was offered and became chair of philosophy at the University of Berlin. He is regarded as having an important influence on German idealism and Western philosophy.

The courage of truth is the first qualification for philosophic studies.

The fatal tendency of mankind to leave off thinking about a thing when it is no longer doubtful, is the cause of half their errors.

In the northern hemisphere we are about to experience the summer solstice. This year it occurs on June 21st. The solstice is the moment each year when the hemisphere is... END_OF_DOCUMENT_TOKEN_TO_BE_REPLACED