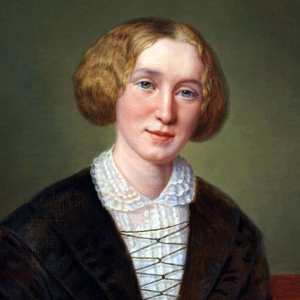 George Eliot (1819 – 1880), pen name of Mary Ann Evans, was an English novelist, poet, journalist, and translator. Between the ages of five and sixteen, she attended several boarding schools. In 1850, she began her writing career with The Westminster Review, and a year later became assistant editor of the journal. The publication of her first story in 1857 marked the beginning of a successful career. She is regarded as one of the leading writers of her time, and most remembered for her novel Middlemarch.

The strongest principle of growth lies in human choice.

There is a great deal of unmapped country within us which would have to be taken into account in explanation of our gusts and storms.

A simple and independent mind does not toil at the bidding of any prince.

Talk summary: In this podcast, Guy Finley talks about the difference between true feelings born of real relationship, and imaginary feelings that carry us away from the present moment.  ... END_OF_DOCUMENT_TOKEN_TO_BE_REPLACED