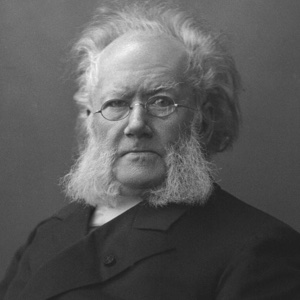 Henrik Ibsen (1828 – 1906) was a Norwegian playwright. He left school at the age of fifteen and moved to the town of Grimstad to apprentice as a pharmacist. He soon began writing plays, and by the age of twenty-three he began working at a theater in Bergen. When the theater went bankrupt a few years later, Isben moved to Italy where he felt he would have more freedom to write as he wished. He is regarded as one of the world’s most influential playwrights, and known as “the father of realism.” His major works include Peer Gynt, Emperor and Galilean, and A Doll’s House.

What is a man’s first duty? The answer brief: To be himself.

It is this, let me tell you… the strongest man in the world is he who stands most alone.

It is the prerogative of man’s spiritual nature that he can yield himself up to a thought and will that are infinitely larger than his own.

Q&A with Guy Finley Being renewed by love, and beginning your life all over again, are one and the same interior action. It starts with becoming aware of, and then... END_OF_DOCUMENT_TOKEN_TO_BE_REPLACED