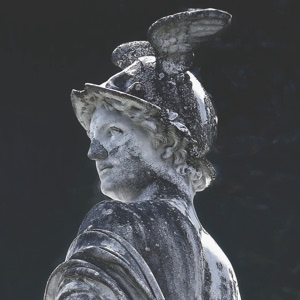 Hermetic writings are wisdom sayings which are mostly presented as dialogs in which a teacher enlightens a disciple. The writings form the basis of Hermeticism. They discuss the divine, the cosmos, mind, and nature. Some touch upon alchemy, astrology, and related concepts. While they are difficult to date with precision, some texts are dated between the 1st and 3rd centuries AD. Many hermetic texts were lost to Western culture during the Middle Ages but rediscovered in Byzantine copies and popularized in Italy during the Renaissance. Although the most famous examples of Hermetic literature were products of Greek-speakers under Roman rule, they were also produced in Coptic Egyptian, Syriac, Arabic, Armenian and Byzantine Greek.

Do you never look at yourself when you criticize another person?

When we see the evidence of the rapidly mounting hostility in the world around us, it’s tempting to be drawn into fear and worry over the growth of this creeping... END_OF_DOCUMENT_TOKEN_TO_BE_REPLACED