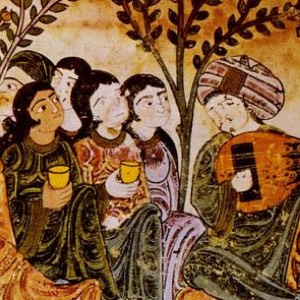 Ibn Yamin (1286 – 1367), also known as Amir Fakhr al-Din Mahmud, was born in Turkistan and trained in the art of poetry by his father who he later succeeded as the court-poet in Khurasan. His original works were destroyed when he was taken captive during a war that broke out in 1342, and although he did his best to recover what he could of it from memory and the note-books of friends, most of it was lost. The “second period” of his poetry was quite different from the first, consisting of more didactic pieces.

The bees visit the flowers here and there, but they make honey of them which is all their own; it is no longer thyme or marjoram: so the pieces borrowed from others he will transform and mix up into a work all his own.

Picture a man who just heard that one of his closest friends has betrayed him. How does he respond? What’s his first answer to this ordeal? Anger that includes plans... END_OF_DOCUMENT_TOKEN_TO_BE_REPLACED

Be a lamp unto yourself.