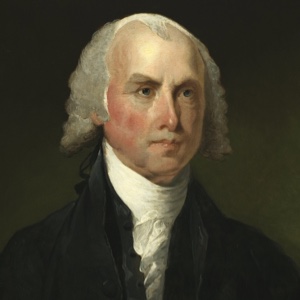 James Madison (1751 – 1836) was an American statesman, lawyer, diplomat, and philosopher who served as the fourth president of the United States from 1809 to 1817. Born in Virginia, he later moved to New Jersey to attend Princeton University. His studies there included Latin, Greek, theology, and the works of the Enlightenment, with a great emphasis on both speech and debate. He is hailed as the “Father of the Constitution” for his pivotal role in drafting and promoting the United States Constitution and the United States Bill of Rights. He also served as the fifth United States secretary of State from 1801 to 1809.

No great thing is created suddenly, any more than a bunch of grapes or a fig. If you tell me that you desire a fig, I answer you that there must be time. Let it first blossom, then bear fruit, then ripen.

Guy Finley explains that real freedom is not found through obtaining powers or possessions, but in understanding the “wanting” nature within us that feels a captive of anything that interferes... END_OF_DOCUMENT_TOKEN_TO_BE_REPLACED