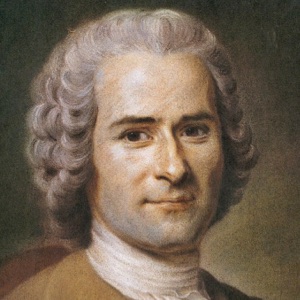 Jean-Jacques Rousseau (1712 – 1778) was a Swiss philosopher, writer, and political theorist. Although he was born in an upper-class district in Geneva, his family soon moved to a neighbourhood of craftsmen, where his father worked as a watchmaker. Here he developed a positive view of these artisans and felt their struggle against the class politics of that time. In addition to his many writings, Rousseau was an accomplished composer of many different musical forms, including seven operas. His ideas, considered controversial at times, are considered influential in the development of modern politics, economics, and education.

The chief of our concerns is that of ourselves, yet how often have we not been told by the inner voice, that to pursue our own interests at the expense of others would be to do wrong! So we imagine that we are sometimes obeying the impulse of nature, but all the while we are resisting it. In listening to the voice of our senses, we turn a deaf ear to the dictates of our heart.

Had I been born on a desert island, or had never seen a human creature beside myself; had I never been informed of what had formerly happened in a certain corner of the world, I might yet have learned, by the exercise and cultivation of my reason, and by the proper use of the faculties God has given me, to know and to love Him… and to have properly discharged my duty here on earth. What can the knowledge of the learned man teach me more?

We can be men without being sages. Without spending our days in the study of morality, we possess at a cheaper rate a more certain guide through the immense and perplexing labyrinth of human opinions. It is not enough, however, that such a guide exists — it is necessary to know and follow her.

Truth is as impossible to be soiled by any outward touch as the sunbeam.

Of all the incredible emotions in the world, there is probably none that so easily turns us upside down and inside out — none so commanding and fascinating, all at... END_OF_DOCUMENT_TOKEN_TO_BE_REPLACED