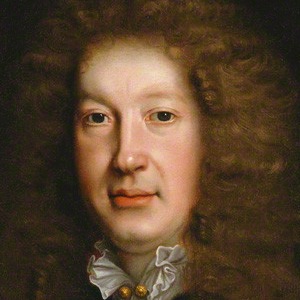 John Dryden (1631 – 1700) was an English poet, playwright, literary critic, and translator. In 1644 Dryden was sent to Westminster School to be trained as a King’s Scholar. He later attended Trinity College, Cambridge. His first important poem, Heroic Stanzas, was published in 1659. In 1660 he began writing plays, which became his main source of income for the next two decades. During this time he continued to write poetry. Dryden’s poem, Annus Mirabilis: The Year of Wonders, circa 1666, won him the poet laureateship in 1668. While Dryden is best remembered as a satirist, he actually only wrote two great satires, Mac Flecknoe (1682) and The Medall (1682). His use of the heroic couplet made it a standard in English poetry, and he is considered by many to be the greatest English Poet of the 17th century.

Good sense and good-nature are never separated, though the ignorant world has thought otherwise. Good nature, by which I mean beneficence and candor, is the product of right reason.

Errors, like straws, upon the surface flow; he who would search for pearls must dive below.

In faith, man becomes certain that he has himself not in himself.

Few are those content with the direction their lives have taken; fewer are the men and women willing to learn why their destiny feels outside their control; and fewer still... END_OF_DOCUMENT_TOKEN_TO_BE_REPLACED