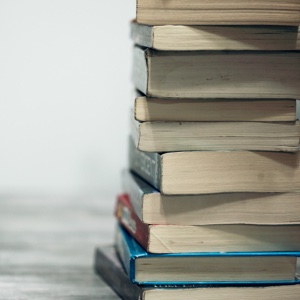 Karl Barth (1886 – 1968) was a Swiss Reformed theologian and professor who is most well known for his landmark The Epistle to the Romans. Barth’s theological career began while he was known as the “Red Pastor from Safenwil,” when he wrote his first edition of his Epistle. Beginning with his second edition of The Epistle, he began to depart from his former training, and started to garner substantial worldwide acclaim with a liberal theology. Barth’s theology found its most sustained and compelling expression in his five-volume magnum opus, the Church Dogmatics.

History is the display of the supposed advantages of power and intelligence which some men possess over others, of the struggle for existence hypocritically described by ideologists as the struggle for justice and freedom of the ebb and flow of old and new forms of human righteousness, each vying with the rest in solemnity and triviality… Yet one drop of eternity is of greater weight than a vast ocean of finite things.

I created thee rich, why dost thou bring thyself down to poverty? Noble I made thee, wherewith dost thou abase thyself? Out of the essence of knowledge I gave thee being, why seekest thou enlightenment from anyone beside Me? Out of the clay of love I molded thee, how dost thou busy thyself, with another? Turn thy sight unto thyself, that thou mayest find Me standing within thee… mighty, powerful and self-subsisting.

OneJourney.net helps you connect with the Greatness that lies at the core of your being. And it gives you a way to share your discoveries by contributing inspiring quotes to... END_OF_DOCUMENT_TOKEN_TO_BE_REPLACED