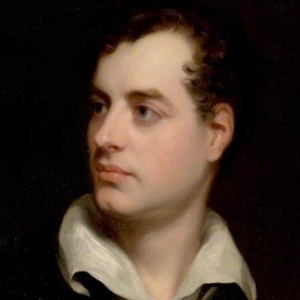 Lord George Gordon Byron (1788 – 1824), known simply as Lord Byron, was a British poet, peer, politician, and leading figure in the Romantic movement. He is regarded by many as one of the greatest British poets and remains widely read and influential. Among his best-known works are the lengthy narrative poems Don Juan and Childe Harold’s Pilgrimage. Many of his shorter lyrics in Hebrew Melodies also became popular.

There comes for ever something between us and what we deem our happiness.

Grief should be the instructor of the wise… sorrow is knowledge. They who know the most must mourn the deepest o’er the fatal, truth, — the tree of knowledge is not that of life.

Blessed art thou therefore if that thou canst stand still from self-thinking and self-willing, and canst stop the wheel of they imagination and senses… forasmuch as hereby thou mayest arrive at length to see the great Salvation of God being made capable of all manner of Divine sensations and Heavenly communications. Since it is nought indeed but thine own hearing and willing that do hinder thee, so that thou dost not see and hear God.

In this podcast, Guy Finley explores the true meaning and purpose of meditation, and explains why it is the most natural and practical thing you can do for yourself.  ... END_OF_DOCUMENT_TOKEN_TO_BE_REPLACED