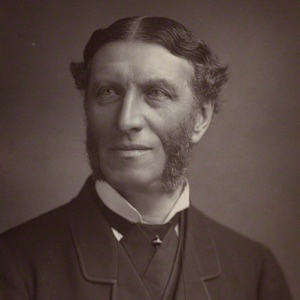 Matthew Arnold (1822 – 1888) was an English poet as well as a social and literary critic. Following completion of an undergraduate degree at Oxford, he worked for a time as a teacher of the classics. He later worked as a government school inspector for 35 years. Although he found it to be dull and tedious work, it provided him with an opportunity to travel and inspired interests which became the focus of his literary works. In 1857, he accepted the position of Professor of Poetry at Oxford, which he held for a decade.

But often in the world’s most crowded streets, but often, in the din of strife, there rises an unspeakable desire after the knowledge of our buried life, a thirst to spend our fire and restless force in tracking out our true, original course; a longing to inquire into the mystery of this heart that beats so wild, so deep in us, to know whence our thoughts come and where they go.

Resolve to be thyself; and know, that he who finds himself, loses his misery.

Your changed complexions are to me a mirror
Which shows me mine changed too; for I must be
A party in this alteration, finding
Myself thus alter’d with’t.

While the wounds of a loss are still fresh, it may seem impossible to see any good in it. But the loss can open our hearts to new understanding. As... END_OF_DOCUMENT_TOKEN_TO_BE_REPLACED