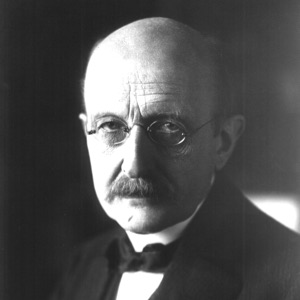 Max Planck (1858 – 1947) was a German theoretical physicist whose discovery of energy quanta won him the Nobel Prize in Physics in 1918. Planck made many contributions to theoretical physics, but his fame as a physicist rests primarily on his role as the originator of quantum theory. Even though he was gifted when it came to music, (singing, playing piano, organ and cello, and composing songs and operas), he chose to study physics. By the year 1880, Planck had obtained the two highest academic degrees offered in Europe. In 1889 he began teaching at Friedrich-Wilhelms-Universitaet in Berlin, becoming a full professor in 1892. He published his Treatise on Thermodynamics in 1897.

Science cannot solve the ultimate mystery of nature. And that is because, in the last analysis, we ourselves are a part of the mystery that we are trying to solve.

We love the idea of the Divine. A benevolent, wise, loving, and timeless Being that oversees and balances all… from a single blade of grass to the greatest of suns.... END_OF_DOCUMENT_TOKEN_TO_BE_REPLACED