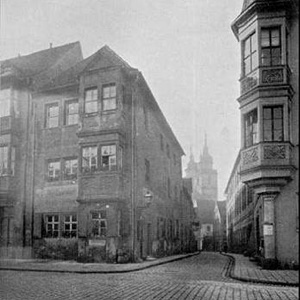 Max Stirner (1806 – 1856) was a German philosopher and writer. At the age of twenty he began his studies at the University of Berlin, majoring in philology, philosophy, and theology. Later, while he was working as a teacher, he wrote his major work The Ego and Its Own, which was first published in 1845. Knowing the controversial nature of this publication, he resigned from his teaching position in 1844. Stirner’s writings are often associated with existentialism and anarchism, and he is often viewed as an important forerunner in the later development of these viewpoints.

The man himself must become other than he was if he wants to comprehend truth — must become as true as truth itself.

Who is it that is to become free? You, I, we. Free from what? From everything that is not you, not I, not we. I, therefore, am the seed that is to be freed from all wrappings, and free from all confining shells.

Whoever sees all beings in the soul and the soul in all beings…
What delusion or sorrow is there for one who sees unity?
It has filled all. It is radiant, incorporeal, invulnerable…
Wise, intelligent, encompassing, self-existent,
It organizes objects throughout eternity.

With all the peace talks, global conferences, and demonstrations for peace that have been taking place around the world for what seems like millennia, wouldn’t you think that by now…... END_OF_DOCUMENT_TOKEN_TO_BE_REPLACED