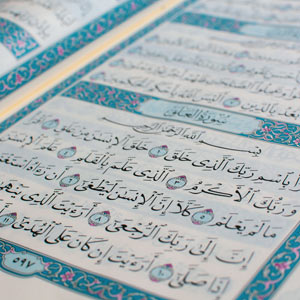 Muhammad (570 – 632), also rendered as Muhammed, is the central messenger in Islam, the receiver and transmitter of God’s message to mankind, as recorded in the Quran. At the age of eight he came under the care of his uncle, who he accompanied on Syrian trading journeys. When he was 40, Muhammad reported being visited by Gabriel in the mountain cave of Hira, and of receiving his first revelation. Three years later in 610 A.D. he started preaching these revelations publicly. According to Islamic doctrine he was a prophet sent to present and confirm the monotheistic teachings preached previously by Adam, Abraham, Moses, Jesus, and other prophets.

God is the Light of the heavens and the earth.

Fortune does us neither good nor hurt; she only presents us the matter, and the seed, which our soul, more powerfully than she, turns and applies as she best pleases; being the sole cause and sovereign mistress of her own happy or unhappy condition.

No matter what we’ve done, or who we’ve been, we always have the choice to start anew — to be reborn. This is the beautiful message of this holiday season:... END_OF_DOCUMENT_TOKEN_TO_BE_REPLACED

Love in dreams is greedy for immediate action, rapidly performed and in the sight of all. Men will even give their lives if only the ordeal does not last long but is soon over, with all looking on and applauding as though on stage. But active love is labor and fortitude, and for some people too, perhaps, a complete science.