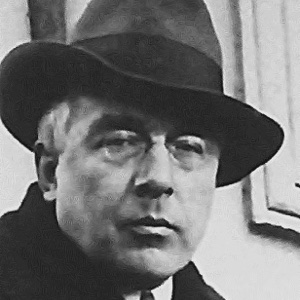 P. D. Ouspensky (1878 – 1947) was a Russian journalist, mathematician, esotericist, and writer. Uninterested from an early age in the ordinary knowledge of the world, Ouspensky traveled in Europe and the East in his search of a different kind of knowledge. In 1915 he met G. I. Gurdjieff, who he studied with for several years before moving to London in 1921. Here he gave lectures until moving to America in 1941 in order to avoid the war in Europe. Ouspensky’s first major work was Tertium Organum, which was published in 1912. His book In Search of the Miraculous is an account of his time with Gurdjieff.

All the matter of the world that surrounds us, the food that we eat, the water that we drink, the air that we breathe, the stones that our houses are built of, our own bodies — everything is permeated by all the matters that exist in the universe. There is no need to study or investigate the sun in order to discover the matter of the solar world; this matter exists in ourselves and is the result of the division of our atoms. In the same way we have in us the matter of all other worlds. Man is, in the full sense of the term, a “miniature universe”; in him are all the matters of which the universe consists; the same forces, the same laws that govern the life of the universe, operate in him; therefore in studying man we can study the whole world, just as in studying the world we can study man.

For most people, even for educated and thinking people, the chief obstacle in the way of acquiring self-consciousness consists in the fact that they think they possess it, that is that they already possess self-consciousness and everything connected with it; individuality in the sense of a permanent and unchangeable ‘I,’ will, ability to do, and so on. It is evident that a man will not be interested if you tell him that he can acquire by long and difficult work something which, in his opinion, he already has. On the contrary he will think either that you are mad or that you want to deceive him with a view to personal gain.

A man should orient his will and all his works to God and having only God in view go forward unafraid, not thinking, “Am I right or am I wrong?” One who worked out all the chances before starting his first fight would never fight at all. And if, going to someplace, we must think how to set the front foot down, we shall never get there. It is our duty to do the next thing: go straight on, that is the right way.

Guy explains what it means to “practice the presence” and sustain a relationship with a higher part of ourselves in the present moment. It starts with working to remain in... END_OF_DOCUMENT_TOKEN_TO_BE_REPLACED

Love of justice in most men is only the fear of suffering from injustice.