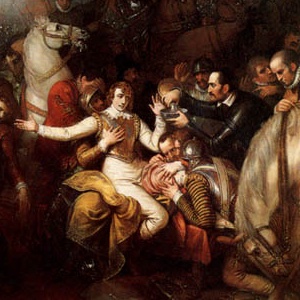 Philip Sidney (1554 – 1586) was an English poet, soldier, and courtier during the Elizabethan age. Following his education at Shrewsbury School he entered Christ Church, Oxford, then travelled through Europe for several years. In July of 1585 he was named joint master of the office that administered England’s military supplies. This was quickly followed by his appointment as governor of a town in the Netherlands. He is most remembered for his sonnet sequence Astrophel and Stella, which contains 108 sonnets and 11 songs.

Eagles fly alone… they are but sheep which always herd together.

It is only imperfection that complains of what is imperfect. The more perfect we are, the more quiet and gentle we become towards the defects of others.

In December, we experience the darkest time of the year in the northern hemisphere. It peaks at the winter solstice, the day with the least sunlight. But that is the... END_OF_DOCUMENT_TOKEN_TO_BE_REPLACED