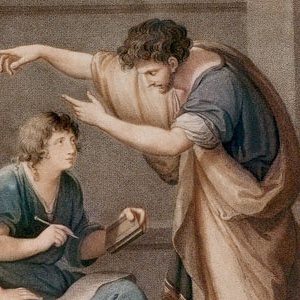 Pliny the Younger (circa 61 – 113), born Gaius Caecilius, was a lawyer, author, and magistrate of Ancient Rome. Pliny’s uncle, Pliny the Elder, helped raise and educate him. Pliny the Younger wrote hundreds of letters, of which 247 survive and are of great historical value. Some are addressed to reigning emperors or to notables such as the historian Tacitus. Pliny served as an imperial magistrate under Trajan. During his time in Syria Pliny also came into contact with other well-known men of the period, including the philosophers Artemidorus and Euphrates the Stoic.

Quotes by Pliny the Younger…

Philosophy is a modest profession; it is all reality and plain dealing. I dislike solemnity and pretence, with nothing but pride behind it.

There are moods in which we court suffering, in the hope that here, at least, we shall find reality, sharp peaks and edges of truth. But it turns out to be scene-painting and counterfeit. The only thing grief has taught me is to know how shallow it is.

By Guy Finley, OneJourney Founder I can think of no greater encouragement than the self-evident Truth that there dwells in each of us the opportunity to explore and know the... END_OF_DOCUMENT_TOKEN_TO_BE_REPLACED