Quotations from the Aramaic Bible 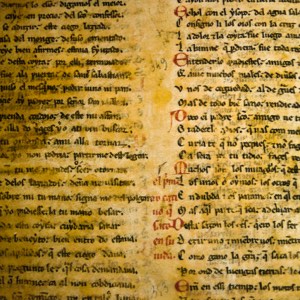 Aramaic Bible – The Assyrian Church of the East traditionally considers the New Testament of the Peshitta to be the original New Testament, and Aramaic to be its original language. The traditional New Testament of the Peshitta has 22 books, lacking the Second Epistle of John and the Book of Revelation, among others. Modern scholars have generally had a strong agreement that the New Testament was written in Greek and that an Aramaic source text was used for portions, especially the gospels. They acknowledge that many individual sayings of Jesus as found in the Greek Gospels may be translations from an Aramaic source referred to as ‘Q.’ Scholars have acknowledged the presence of scattered Aramaic expressions, written phonetically and then translated, in the Greek New Testament. Although it is frequently suggested that ‘Q’ was a written source, it could have been a collection of oral sayings, usually referred to as the “logia.”

Quotations from the Aramaic Bible…

He raises the afflicted from a dunghill,
For he will settle him with the Rulers of the people.

Come, let us go into the body of that light. Let us live in the cleanliness of that song. Let us throw off the pieces of the world like clothing and enter naked into wisdom. For this is what all hearts pray for when they cry, “Thy will be done.”

Over the last several months we’ve witnessed a chain of shocking events involving both war and personal tragedy. Why do people fight? Why do people hate their own lives? In... END_OF_DOCUMENT_TOKEN_TO_BE_REPLACED