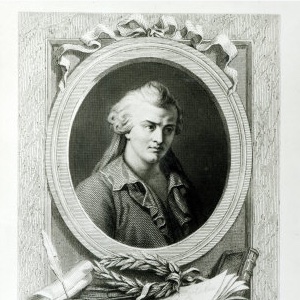 Luc de Clapiers, marquis de Vauvenargues (1715 – 1747) was a French writer and moralist. He was born into nobility, but his family was poor so at the age of 18 that he began a military career as a cadet in the King’s Regiment. By 1739 he had achieved the rank of lieutenant and was later promoted to captain. Following his time in the army his health became increasingly poor, particularly after he contracted smallpox. This led to a move to Paris in 1745, where he lived as a recluse until his death. In 1746 he anonymously published his sole volume, a collection of writings which included the essay Introduction a la connaissance de l’esprit humain, supplemented by his Reflexions and Maximes.

Someday, after mastering the winds, the waves, the tides and gravity, we shall harness for God the energies of love, and then, for a second time in the history of the world, man will have discovered fire.

Q&A with Guy Finley Being renewed by love, and beginning your life all over again, are one and the same interior action. It starts with becoming aware of, and then... END_OF_DOCUMENT_TOKEN_TO_BE_REPLACED