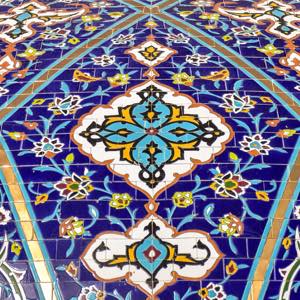 Rabia of Basra (713 – 801) was a Muslim saint and Sufi mystic. Very little is known about her, except that she lived in Basra during the second half of the 8th century A.D., was born into poverty, and later went into the desert to pray where she became an ascetic, living a life of semi-seclusion. Many stories of her life are recounted by Farid ud-Din Attar, a later Sufi saint and poet. She is widely considered to be the most important of the early renunciants, one mode of piety that would eventually become labeled as Sufism. Much of the poetry that is attributed to her is of unknown origin.

Quotes by Rabia of Basra…

I was born when all I once feared, I could love.

Easy is the descent into the lower world. Night and day the door of glowing dis stands open. But to recall thy steps and pass out to the upper air, this is the task, this is the work.

As the New Year approaches, many of us feel moved to make a fresh start in life. We want to live in a way that is more personally fulfilling, as... END_OF_DOCUMENT_TOKEN_TO_BE_REPLACED