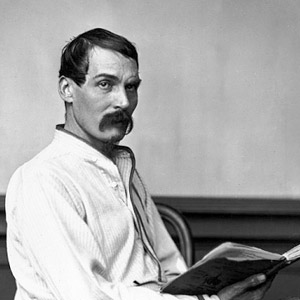 Richard Francis Burton (1821 – 1890) was a British explorer, geographer, translator, writer, soldier, orientalist, cartographer, ethnologist, linguist, poet, fencer, and diplomat. He was famed for his travels and explorations in Asia, Africa and the Americas, as well as his extraordinary knowledge of languages and cultures. According to one count, he spoke 29 European, Asian and African languages. He was a prolific author and wrote numerous books and scholarly articles about subjects including human behaviour, travel, falconry, fencing, and ethnography. A characteristic feature of his books is the copious footnotes and appendices containing remarkable observations and information.

Enough to think that truth can be;
Come sit we where the roses glow;
Indeed he knows not how to know
who knows not also how to unknow.

I must be myself. I cannot break myself any longer for you, or you. If you can love me for what I am, we shall be the happier. If you cannot… I will not hurt you and myself by hypocritical attentions. If you are true, but not in the same truth with me, cleave to your own companions; I will seek my own. I do this not selfishly but humbly and truly. It is alike your interest, and mine, and all men’s, however long we have dwelt in lies, to live in truth. Does this sound harsh today? You will soon love what is dictated by your nature as well as mine, and if we follow the truth it will bring us out safe at last.

While the wounds of a loss are still fresh, it may seem impossible to see any good in it. But the loss can open our hearts to new understanding. As... END_OF_DOCUMENT_TOKEN_TO_BE_REPLACED