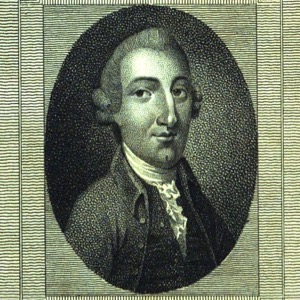 Robert Lloyd (1733 – 1764) was an English poet and satirist. He first attended Westminster School, later graduating from Trinity College, Cambridge with a B.A. in 1755 and an M.A. in 1758. Lloyd was co-editor of the St. James Magazine and a member of the Nonsense Club of Old Westminster (a group of British satirists). Two of his better known works are the poem The Actor (1760) and the comic opera The Capricious Lovers (1764).

Suppose a neighbor should desire to light a candle at your fire, would it deprive your flame of light, because another profits by it?

I know of no more encouraging fact than the unquestionable ability of a man to elevate his life by a conscious endeavour. It is something to be able to paint a particular picture, or to carve a statue, and so to make a few objects beautiful; but it is far more glorious to carve and paint the very atmosphere and medium through which we look, which morally we can do. To affect the quality of the day, that is the highest of art.

As the New Year approaches, many of us feel moved to make a fresh start in life. We want to live in a way that is more personally fulfilling, as... END_OF_DOCUMENT_TOKEN_TO_BE_REPLACED