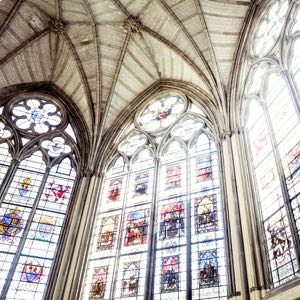 Simon of Taibutheh (circa 600 A.D.) was an early seventh-century East Syrian Christian mystic, and one of the most important spiritual and theological personalities of the East Syriac Church. He was also a physician, educated in the school of the old masters, Hippocrates and Galen. He endeavoured to explain scientifically the different faculties of the soul in their relation to the body. He emphasized in his work the importance of the grace of God, and the fact that everything that he had acquired was by “His grace.”

Quotes by Simon of Taibutheh…

Consider, O discerning man, that you are the image of God and the bond of all creation, both of the heavenly and the terrestrial beings, and whenever you bend your head to worship and glorify God, all the creations, both heavenly and terrestrial, bow their heads with you and in you, to worship God. And whenever you do not worship and glorify Him, all the creations grieve over you and turn against you, and you will fall from grace.

This is the greatest work of all. In order to show and release her powers, Nature has no need of fortune; she shows herself equally on all levels, and behind a curtain as well as without one. To compose our character is our duty, not to compose books, and to win, not battles and provinces, but order and tranquility in our conduct. Our great and glorious masterpiece is to live appropriately. All other things, to rule, to lay up treasure, to build, are at most but little appendices and props.

How many times have you found yourself thinking you’d like to develop a new skill or sharpen an old one? Maybe you’ve wanted to learn another language or play a... END_OF_DOCUMENT_TOKEN_TO_BE_REPLACED