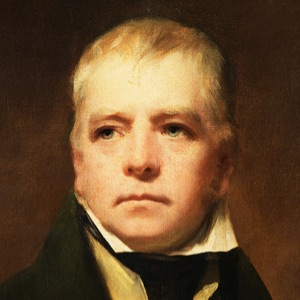 Walter Scott (1771 – 1832) was a Scottish novelist, poet, playwright and historian. As a child he gradually recovered from the effects of a polio infection, and by 1779 was well enough to begin studies at the Royal High School of Edinburgh. In addition to writing, he continued to work as Sheriff-Depute of Selkirkshire and Clerk of Session in Edinburgh, which provided him with a steady income. Scott was a prolific writer who produced many enduring classics, but is probably best known for his novel Ivanhoe, published in 1819. He is considered a key figure in the development of the historical novel genre.

Chance will not do the work — chance sends the breeze, but if the pilot slumber at the helm, the very wind that wafts us towards the port may dash us on the shelves. The steersman’s part is vigilance, blow it rough or smooth.

Without courage, there cannot be truth, and without truth there can be no other virtue.

He that follows the advice of reason has a mind that is elevated above the reach of injury; that sits above the clouds, in a calm and quiet ether, and with a brave indifference hears the rolling thunders grumble and burst under his feet.

To speak and to offend, with some people, are but one and the same thing.

We meet life, with all of its complex relationships, through what we know. Each daily event, with its dozens of unsuspected twists and turns, challenges us to come up with... END_OF_DOCUMENT_TOKEN_TO_BE_REPLACED

"Everyone of us has had experiences which we have

"The best way to come to truth being to examine th

"The man whose inner life is well-ordered, is not