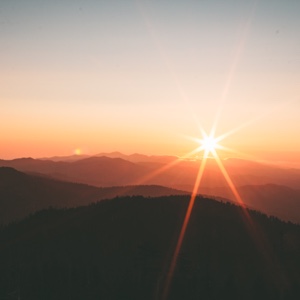 William Law (1686 – 1761) was an English writer. After attending Emmanuel College, Cambridge, he was ordained in 1711. He remained there as a teacher until the accession of George I, when his conscience forbade him to take the oaths of allegiance to the new government, continuing as a simple priest until that too became impossible. He then begin to teach privately and write extensively. The reading of Jacob Boehme’s works deeply moved Law, inspiring him to write his mystical works: The Spirit of Prayer, The Way to Divine Knowledge, and The Spirit of Love.

The greatest part of mankind, nay, of all Christians, may be said to be asleep. That particular way of life, which takes up each man’s mind, thoughts and actions, may be very well called his particular dream. The learned and the ignorant, the rich and the poor, are all in the same state of slumber, passing away a short life in a different kind of dream.

He who knows how glory shines, yet loves disgrace and is not poled by it, he becomes like a spacious valley to which all men come from beneath the sky.

In this short video, Guy Finley talks about how rushing and being chronically late for appointments is connected to an unseen greedy nature that is always attempting to reconcile the... END_OF_DOCUMENT_TOKEN_TO_BE_REPLACED

When the ripe moment comes, the truth within answers to the fact without, as the flower responds to the sun, giving it heat and color.