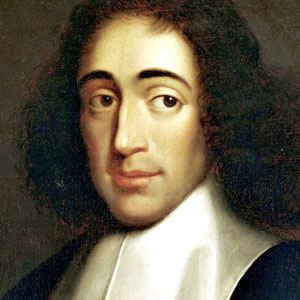 Baruch Spinoza (1632 – 1677) was a Dutch philosopher who is commonly associated with the methodology of rationalism. He grew up in Amsterdam, from which he was later excommunicated, likely due to the radical nature of his ideas. He became quite well known for his skill as an optical lens grinder, and for his microscope and telescope lens designs. His preference was to live, write, and study in private, but he did correspond with quite a number of people. His last years were spent at The Hague, where he wrote his most famous work Ethics, which is written in the style of a geometrical treatise.

To be what we are, and to become what we are capable of becoming, is the only aim of life.

He who loves God cannot endeavor that God should love him in return.

It is right to yield to the truth.

Have you ever looked back on an experience in your life and wished you’d seen things more clearly before you got into that doomed relationship, or you said those hurtful... END_OF_DOCUMENT_TOKEN_TO_BE_REPLACED