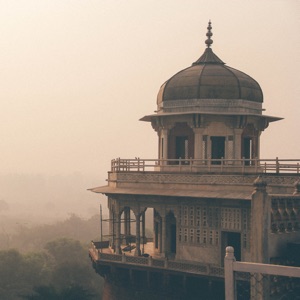 Ramana Maharshi (1879 – 1950) was an Indian sage who, at the age of 16, had a “death-experience” where he became aware of a “current” or “force” (avesam) which he recognized as his true ‘I’ or “self.” Six weeks later he left his uncle’s home in Madurai, and journeyed to the holy mountain Arunachala in Tiruvannamalai, where he took on the role of a sannyasin (though not formally initiated), and remained for the rest of his life. He soon attracted devotees who regarded him as a wise man, and in later years an ashram grew up around him, where visitors received upadesa (“spiritual instruction”) by sitting silently in his company and by asking questions. Many of these question-and-answer sessions have been transcribed and published.

There is no greater mystery than this, that we keep seeking reality though in fact we are reality. We think that there is something hiding reality and that this must be destroyed before reality is gained. How ridiculous! A day will dawn when you will laugh at all your past efforts. That which will be the day you laugh is also here and now.

You and I are the same. What I have done is surely possible for all. You are the Self now and can never be anything else. Throw your worries to the wind, turn within and find peace.

The great sages throughout time have recognized that we are born with seeds of the soul, but they must be nurtured if they are to flower. We are not born... END_OF_DOCUMENT_TOKEN_TO_BE_REPLACED