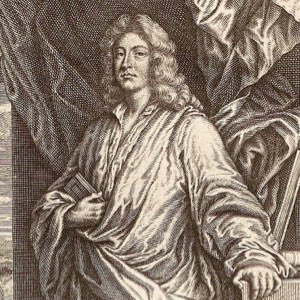 Anthony Ashley Cooper (1671 – 1713), the third Earl of Shaftesbury, was an English philosopher, writer, and politician. In his formative years he was educated at home by John Locke, later attending Winchester College. Following a period of travel and then quiet study, he served in Parliament for a short time. He soon retired from public life due to a constant battle with ill health, spending what energy he had on writing. Cooper’s most famous book, Characteristicks of Men, Manners, Opinions, Times (1711) was very well known and influential in England in the eighteenth century.

Nothing affects the heart like that which is purely from itself, and of its own nature.

If he carries out all these rules while he observes himself, a man will record a whole series of very important aspects of his being. To begin with, he will record with unmistakable clearness the fact that his actions, thoughts, feelings, and words are the result of external influences and that nothing comes from himself. He will understand and see that he is in fact an automaton acting under the influences of external stimuli. He will feel his complete mechanicalness. Everything “happens,” he cannot “do” anything. He is a machine controlled by accidental shocks from outside. Each shock calls to the surface one of his “I’s.” A new shock and that ‘I’ disappears and a different one takes its place. Another small change in the environment and again there is a new ‘I.’

How many times have you found yourself thinking you’d like to develop a new skill or sharpen an old one? Maybe you’ve wanted to learn another language or play a... END_OF_DOCUMENT_TOKEN_TO_BE_REPLACED