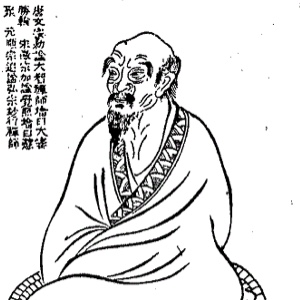 Baizhang Huaihai (720 – 814) was a Chinese Zen master during the Tang Dynasty. According to traditional accounts, Baizhang established an early set of rules for Chan (Chinese Zen) monastic discipline, the Pure Rules of Baizhang. From this text comes the well-known saying “A day without work is a day without food.” Both the lifestyle and the architectural form of his monastery became models for later Zen monasteries. His own activity provided an example of the life he expected his students to lead, working in the fields every day well into his eighties.

A mind that is truly free has reached the state in which opposites are seen as empty. This is the only freedom.

The almighty Allah judges you neither by your countenance nor your wealth, but by the purity of your hearts and your deeds.

I needed some inspiration for this month’s OneJourney Newsletter Article, so I decided to visit the Living Book on the OneJourney site. When I got there I looked at the... END_OF_DOCUMENT_TOKEN_TO_BE_REPLACED