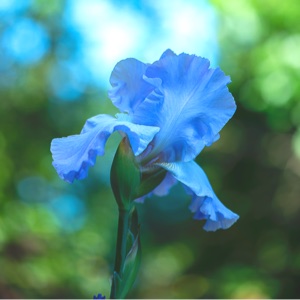 Benjamin Robert Haydon (1786 – 1846) was a British painter. At the age of eighteen he went to London to attend the Royal Academy schools. After much hard work, he began receiving commissions for his paintings, even taking on students of his own. His wish was to develop an appreciation for historical and religious art in Britain. He later toured England and Scotland as a lecturer as well. Although he considered his life’s work to be his art, he is most remembered for his writing, especially his autobiography, Life of Benjamin Robert Haydon, Historical Painter, from his Autobiography and Journals.

The only way to get the confidence of the world is to show the world that you do not want their confidence.

Never disregard what your enemies say. They may be severe, they may be prejudiced, they may be determined to see only in one direction, but still in that direction they see clearly. They do not speak all the truth, but they generally speak the truth from one point of view; so far as that goes, attend to them.

Three decades ago, Rock and Roll Hall of Fame songwriter and performing artist, Neil Young, released an album with the spiritually prophetic title, “Rust Never Sleeps.” He could see the... END_OF_DOCUMENT_TOKEN_TO_BE_REPLACED