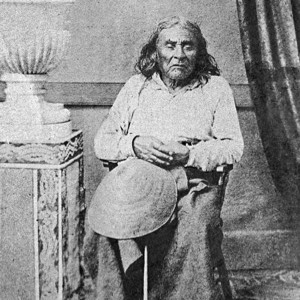 Chief Seattle (circa 1786 – 1866) was a Suquamish and Duwamish chief. He is also known as Sealth, Seathle, Seathl, or See-ahth. Seattle earned his reputation at a young age as a leader and a warrior. A leading figure among his people, he pursued a path of accommodation to white settlers. The city of Seattle, in the U.S. state of Washington was named after him. A widely publicized speech arguing in favor of ecological responsibility and respect of Native Americans’ land rights had been attributed to him.

There is no death… Only a change of worlds.

Humankind has not woven the web of life. We are but one thread within. Whatever we do to the well, we do to ourselves. All things are bound together.

Never disregard what your enemies say. They may be severe, they may be prejudiced, they may be determined to see only in one direction, but still in that direction they see clearly. They do not speak all the truth, but they generally speak the truth from one point of view; so far as that goes, attend to them.

Three decades ago, Rock and Roll Hall of Fame songwriter and performing artist, Neil Young, released an album with the spiritually prophetic title, “Rust Never Sleeps.” He could see the... END_OF_DOCUMENT_TOKEN_TO_BE_REPLACED