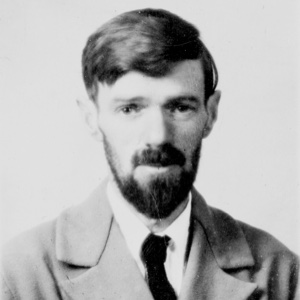 D. H. Lawrence (1885 – 1930) was an English writer. He received a teaching certificate from University College, Nottingham in 1908. During this time he worked on his first poems, some short stories, and a draft of a novel. His career as a professional author followed very shortly. Lawrence’s opinions earned him many enemies, and his open contempt for militarism caused him to be viewed with suspicion in wartime Britain. In late 1917 Lawrence was forced to leave Cornwall at three days’ notice under the terms of the Defence of the Realm Act. After his experience of the war years, Lawrence began a time of voluntary exile, and with his wife spent the remainder of his life travelling. Although best known for his novels, Lawrence also wrote almost 800 poems, several plays, and some literary criticisms.

When we get out of the glass bottle of our ego, and when we escape like squirrels in the cage of our personality and get into the forest again, we shall shiver with cold and fright. But things will happen to us so that we don’t know ourselves. Cool, unlying life will rush in, and passion will make our bodies taut with power. We shall laugh, and institutions will curl up like burnt paper.

Three brothers were in the habit of going to see the blessed Anthony every year. The first two would ask him questions about their thoughts and the salvation of the soul. But the third would keep silence without asking anything. Eventually Abba Anthony said to him, “You have been coming here to see me for a long time now and you never ask me any questions.” The other replied, “One thing is enough for me, Father… to see you.”

There is more than ample evidence that all religious teachings, as far back as we know, reveal the same essential great truths. To recognize this nearly invisible similarity is to... END_OF_DOCUMENT_TOKEN_TO_BE_REPLACED