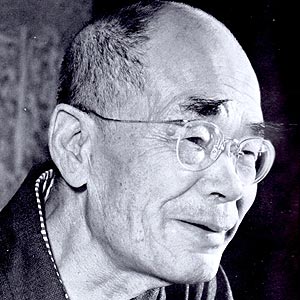 Daisetz Teitaro Suzuki (1870 – 1966) was a Japanese author of books and essays on Buddhism, Zen (Chan) and Shin that were instrumental in spreading interest in both Zen and Shin, and Far Eastern philosophy in general, to the West. Suzuki was also a prolific translator of Chinese, Japanese, and Sanskrit literature. He spent several lengthy stretches teaching or lecturing at Western universities, and devoted many years to a professorship at Tani University, a Japanese Buddhist school. Suzuki wrote celebrated introductions and overall examinations of Buddhism, and particularly of the Zen school.

You think it is because I have an income which exempts me from your day-labor, that I waste (as you call it) my time in sun-gazing and star-gazing. You do not know me. If my debts, as they threaten, should consume what money I have, I should live just as I do now: I should eat worse food, and wear a coarser coat, and should wander in a potato patch instead of in the wood — but it is I, and not my twelve hundred dollars a year, that love God.

Talk summary: In this podcast, Guy Finley talks about the difference between true feelings born of real relationship, and imaginary feelings that carry us away from the present moment.  ... END_OF_DOCUMENT_TOKEN_TO_BE_REPLACED