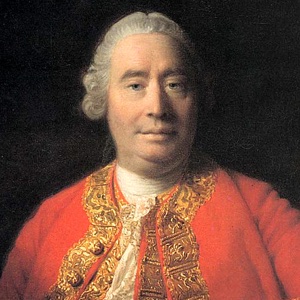 David Hume (1711 – 1776) was a Scottish philosopher, historian, and writer. In his early years he was educated at home by his mother. At the age of eleven he was sent to Edinburgh University, where he studied Latin and Greek, mathematics, history, philosophy, and science. As his writings were considered controversial, it was often difficult for him to find employment. While working as Librarian to the Edinburgh Faculty of Advocates he published one of his most popular works, A History of England. Today, many of his diverse works, which cover history, economics, philosophy, and politics remain influential. These include his essays A Treatise of Human Nature and An Enquiry Concerning Human Understanding.

It is seldom that liberty of any kind is lost all at once. Slavery has so frightful an aspect to men accustomed to freedom, that it must steal upon them by degrees and must disguise itself in a thousand shapes, in order to be received.

Be a philosopher… but, amidst all your philosophy, be still a man.

The heart of man is made to reconcile the most glaring contradictions.

If powers divine
Behold our human actions, as they do,
I doubt not then but innocence shall make
False accusation blush, and tyranny
Tremble at patience.

Until we realize that continually identifying with our own conflicting desires about how to win peace of mind is like using a cannon blast to light a candle, we will... END_OF_DOCUMENT_TOKEN_TO_BE_REPLACED