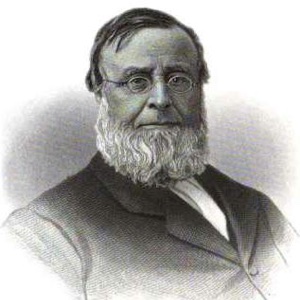 E.H. Chapin (1814 – 1880) Edwin Hubbell Chapin was an American author, lecturer, and minister. Following only a few years of formal education, he began writing poems, hymns, and editorials for a Universalist magazine. A short time later, in spite of having no special training or education, he became the pastor of the Independent Christian Church in Richmond, Virginia. In 1848, he began his 32-year career at the Fourth Universalist Society in New York City, where he attracted a large following of people from many different faiths.

A true man never frets about his place in the world, but just slides into it by the gravitation of his nature, and swings there as easily as a star.

All natural results are spontaneous. The diamond sparkles without effort, and the flowers open impulsively beneath the summer rain. And true religion is a spontaneous thing — as natural as it is to weep, to love, or to rejoice.

I am done with great things and big things, great institutions and big success, and I am for those tiny, invisible molecular moral forces that work from individual to individual, creeping through the crannies of the world like so many rootlets, or like the capillary oozing of water, yet which, if you give them time, will rend the hardest monuments of man’s pride.

One of the most exciting aspects of the OneJourney Living Book of quotations is that through your explorations of it you can prove to yourself that wisdom is indeed timeless.... END_OF_DOCUMENT_TOKEN_TO_BE_REPLACED