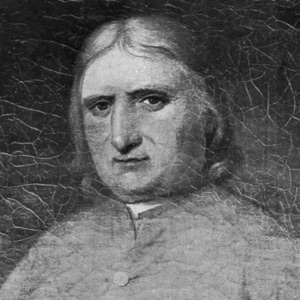 George Fox (1624 – 1691) was an English preacher and missionary who founded the Society of Friends (Quakers). He likely received no formal education and was first employed as an apprentice shoemaker. He left home at the age of eighteen, shortly after the English Civil War began. After several years of searching for truth, he began to preach in various settings including fairs, marketplaces, and fields. His ideas, which ran counter to the religious, political, and economic conventions of that time, angered the authorities. This led to several arrests and imprisonments. He was later able to travel through Europe, the West Indies, and the American Colonies. His Journal is considered a Christian classic.

Dwelling in the light, there is no occasion at all for stumbling, for all things are discovered in the light.

Truly, I see he that will but stand to the truth, it will carry him out.

There is one thing most of us long for: A new beginning. Doesn’t it feel as though we carry so much baggage with us? Old pains, resentments, fears, insecurities —... END_OF_DOCUMENT_TOKEN_TO_BE_REPLACED

Even the strongest current of water cannot add a drop to a cup which is already full.