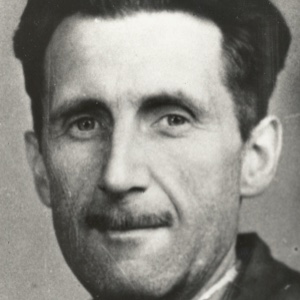 George Orwell (1903 – 1950), born Eric Arthur Blair, was an English novelist and essayist, journalist and critic, whose work is characterised by lucid prose, awareness of social injustice, and opposition to totalitarianism. He worked as an imperial police officer in Burma for over five years. After contracting dengue fever in 1927, he was allowed to return to England due to his illness, and resigned from the Indian Imperial Police to become a writer. As a writer, Orwell produced literary criticism and poetry, fiction and polemical journalism. He is best known for the allegorical novella Animal Farm (1945) and the dystopian novel Nineteen Eighty-Four (1949).

To see what is in front of one’s nose needs a constant struggle.

The telling question of a person’s life is whether or not he is related to the Infinite.

Avoiding suffering doesn’t seem like an option in this world of ours. But what if you could bring your pain into a new order of understanding and then use it... END_OF_DOCUMENT_TOKEN_TO_BE_REPLACED