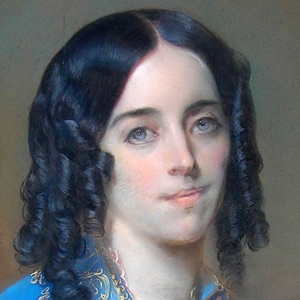 George Sand (1804 – 1876) was the pen name for the French novelist, Amantine Lucile Aurore Dupin. Most of her childhood was spent at her grandmother’s estate where she developed a love of the countryside. She played a part in politics and also started her own newspaper, but is remembered most for her rustic novels, which made her one of the most popular writers in Europe during her lifetime, and one of the most remarkable writers of the European Romantic era.

Happiness lies in the consciousness we have of it, and by no means in the way the future keeps its promises.

And this, our life exempt from public haunt, finds tongues in trees, books in running brooks, sermons in stones, and good in everything.

Each day we hear a knock on our psychological door, and when we open it a pushy person enters and begins to bark out orders: “Worry about this.” “Remember and... END_OF_DOCUMENT_TOKEN_TO_BE_REPLACED