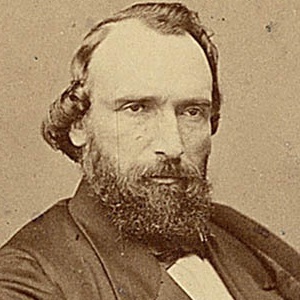 Henri Amiel (1821 – 1881) was a Swiss philosopher and poet. Born in Geneva, in 1849 he was appointed professor of aesthetics at the academy of Geneva, and in 1854 became professor of moral philosophy. The one book by which Amiel is still known, the Journal Intime (“Private Journal”), was published after his death and obtained a European reputation. Although modest in volume of output, Amiel’s Journal gained a sympathy that the author did not obtain in his life.

What comfort, what strength, what economy there is in order — material order, intellectual order, moral order. To know where one is going and what one wishes — this is order; to keep one’s word and one’s engagements — again order; to have everything ready under one’s hand to be able to dispose of all one’s forces, and to have all one’s means of whatever kind under command — still order; to discipline one’s habits, one’s efforts, one’s wishes; to organize one’s life, to distribute one’s time… all this belongs to and is included in the word order. Order means light and peace, inward liberty and free command over oneself; order is power.

When we are doing nothing in particular, it is then we are living through all our being… Will is suspended, but nature and time are always active, and if our life is no longer our work, the work goes on nonetheless. With us, without us, or in spite of us, our existence travels through its appointed phases.

The being who has attained harmony, and every being may attain it, has found his place in the order of the universe and represents the divine thought as clearly as a flower or a solar system. Harmony seeks nothing outside itself. It is what it ought to be; it is the expression of right, order, law and truth; it is greater than time, and represents eternity.

That nature alone is good that refrains from doing unto another whatsoever is not good for itself.

It seems that every week some shocking event occurs that makes us wonder about the future of our planet. But rather than despair, these are the times to remember that... END_OF_DOCUMENT_TOKEN_TO_BE_REPLACED