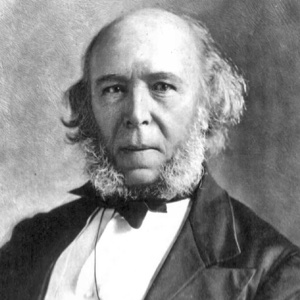 Herbert Spencer (1820 – 1903) was an English philosopher and sociologist. He was schooled at home, allowing for ample time to be out in nature, which led to a natural interest in the study of natural history. Spencer initially worked as a civil engineer, but was soon able to support himself as a writer. His beliefs in individualism, laissez-faire economics, and limited government have made his writings popular even today. These views are expressed in Spencer’s famous work, The Man Versus the State.

There is a principle which is a bar against all information, which cannot fail to keep a man in everlasting ignorance — that principle is contempt prior to investigation.

Hero-worship is strongest where there is the least regard for human freedom.

One who rejects instruction is the foe of his own soul.

No matter what we’ve done, or who we’ve been, we always have the choice to start anew — to be reborn. This is the beautiful message of this holiday season:... END_OF_DOCUMENT_TOKEN_TO_BE_REPLACED